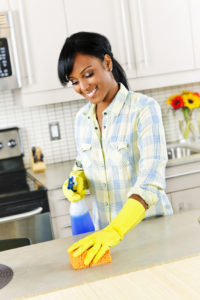 Over the past six years, we have seen states and cities enacting labor laws to protect domestic workers’ rights. These workers include nannies, housekeepers, drivers, personal assistants, and more.

On Nov. 29, 2010, New York State became the first state in the nation to extend workers’ rights and protections to people working in the household help industry, mandating that domestic workers be:

California, Connecticut, Hawaii, Massachusetts, and Oregon now have similar Domestic Workers’ Bill of Rights laws, and other states, including Illinois, Ohio, and Texas, are working to offer comparable protections.

Why did these laws come about?

Employers—from household employers to large corporations—regularly fail to pay overtime or fail to pay for all hours worked. Termed “wage theft,” this practice amounts to an estimated $105 billion per year in stolen wages, according to the national report Home Economics: The Invisible & Unregulated World of a Domestic Worker. This report, issued by the National Domestic Workers Alliance, the Center for Urban Economic Development at the University of Illinois at Chicago, and DataCenter, found: