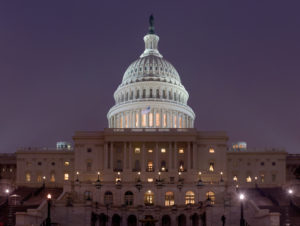 Following the presidential election in November, new potential Cabinet members have been going through the nomination process in the Senate. Two of those nominees have come under fire for issues relating to the hiring and paying of household workers. President Trump’s choice for White House budget director, Mick Mulvaney, failed to pay more than $15,000 in household payroll taxes, jeopardizing his nomination to the post. Mulvaney needs to pay state taxes, penalties, and interest, despite saying he settled his federal tax bill. President Trump’s choice to lead the Labor Department, Andrew Puzder, has admitted that he employed an undocumented immigrant to work in his home, saying he has paid all back taxes to the IRS and the state of California. He claims that once he found out she was not legally permitted to work in the U.S., he terminated the housekeeper.

Of course this is not the first time we’ve heard of this issue; the subject of nanny taxes has come up with nominees for Cabinet posts for Bill Clinton, George W. Bush, and Barack Obama. But while these cases are very high-profile and make news headlines, paying nanny taxes is not just for Cabinet nominees. It’s the law for anyone who pays a household worker more than $2,000 (2017) in a year, and just because a family isn’t answering questions in front of a Senate panel, there are many ways to get caught paying an employee illegally.

One of the most common ways employers who aren’t paying legally are exposed occurs when their employee gets injured on the job. In this case study, not having workers’ compensation coverage can be extremely costly:

Another common way the government discovers an employer is not paying their employee legally is when that employee leaves the job and files for unemployment insurance. But that can lead to the state’s labor department having no record of the employee holding a job. Why not? Because the employer hasn’t been paying unemployment insurance. This immediately raises a red flag and the employer can expect a call from the state, with significant fines likely to follow.

A third way employers paying “off the books” are exposed is when their employee decides they want to start being paid legally. For example, the two parties originally agreed on not withholding taxes, but later the employee started to notice what she was missing; she can’t apply for a loan or obtain credit because she has no legal work history; she isn’t saving any money for retirement and isn’t eligible for Medicare or Social Security benefits; and she can’t apply for unemployment insurance if she leaves the job. She wants to start getting these benefits, and if the employer does not agree to start paying legally, she can sue the employer, resulting in paying back taxes and penalties once the illegal working relationship comes to light, along with court and attorney costs.

A final common way for an employer to be exposed for not paying nanny taxes is in the case of an audit by the IRS or state tax agency. The audit could be a result of one of the above examples, or if there is another reason for an audit to be conducted, the non-payment of nanny taxes would be discovered, leading to far more fines and legal troubles than the original reason for the audit would have generated.

The bottom line is that it’s illegal to avoid paying nanny taxes, whether you’re a nominee for a Cabinet position, or you’re a regular family from Anytown, U.S.A. that hires a household employee.

Read more information on the benefits for both employers and employees on paying nanny taxes, or contact us at (518) 348-0400.